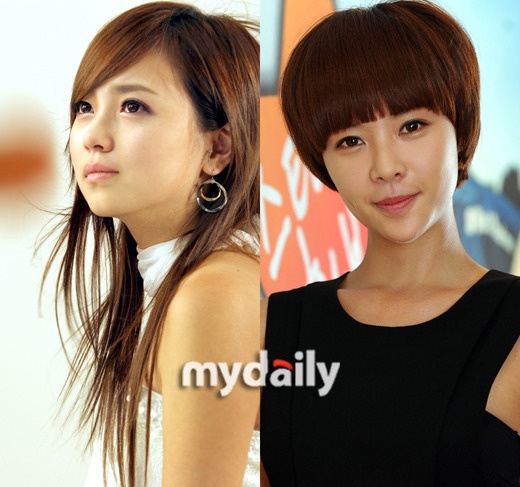 Ayumi Clears Up Rumors of Her Feud with Hwang Jung Eum

Ex-Sugar member Ayumi recently cleared up the rumors of her feud with her fellow ex-Sugar member, Hwang Jung Eum.

On April 2, Ayumi appeared on tvN’s “enewsWorld” for an interview. During the interview, she addressed the rumors about her discord with Hwang Jung Eum.

Ayumi opened up about her Sugar days as she said, “At that time, I was so busy that rather than realizing the popularity, I realized that many people wanted to book me. I slept while moving to the next item on my schedule and I didn’t even have time to erase my makeup. It was so hard that I even thought, ‘why do I have do live this way?'”

When the interviewer asked, “Did the other members of Sugar feel any jealousy toward you?” Ayumi answered, “Rather than jealousy, I think we all felt some rivalry between us since we are girls.”

She continued to say, “I saw the articles about Hwang Jung Eum. When I woke up in the morning, my friends in Korea alerted me about those articles. When I read the articles, they wrote that Hwang Jung Eum and I weren’t on good terms in the past. It felt like the situation was getting serious so I posted something on my SNS. I wanted to tell my fans that I was sorry and I wanted to get the facts straight with the reporters.”

Finally, she spoke about Hwang Jung Eum: “Jung Eum has a cool and honest personality. That’s why I think she spoke so forwardly. And I think many people misunderstood and took that as me and Jung Eum not being on good terms. After this whole thing happened, I even spoke with Jung Eum on the phone. We’re really not like that so please don’t worry.”

In the past, Hwang Jung Eum once said that she left Sugar because the group was being called, “Ayumi and the Kids,” which frustrated her. Then, Ayumi posted something on her Twitter saying, “One shouldn’t say bad things with their lips,” which caused this whole misunderstanding.

Ayumi
Hwang Jung Eum
Sugar
How does this article make you feel?