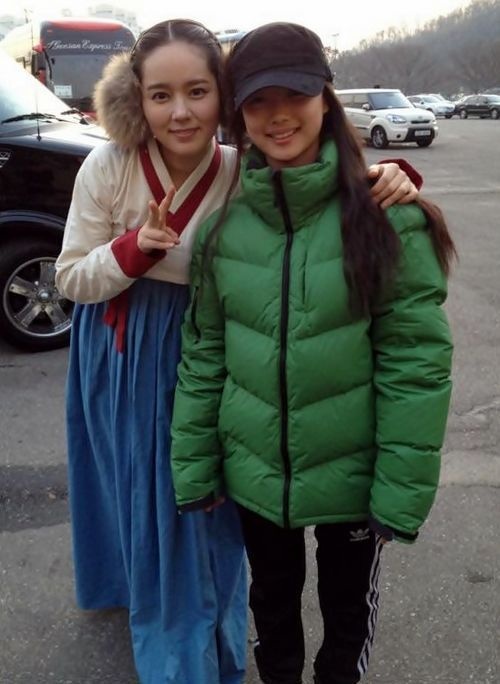 After successfully completing both traditional and modern roles, Han Ga In now takes on the fantasy genre.

On the Samsung‘s ‘Bubble Shot 2‘ launching commercial that was revealed on April 1st, Han Ga In was featured as a magician.

Han Ga In had just effectively finishing her role as the lead in the fusion traditional drama, “Moon That Embraces The Sun” and current number one movie, “The Introduction To Architecture” that takes place both in the past and modern times. Now, much to her fans delight, she moves onto a fantasy role in this commercial as a magician.

In the commercial, Magician Han Ga In is wearing a simple attire as she goes around using ‘bubble magic’ to get rid of the stains on people’s favorite attire while protecting the material of the clothing and making the looking like new.

Han Ga In said, “In order to capture ‘Bubble Shot 2’s’ theme of protecting clothing and bringing them back to looking like its original state, I worked hard to make sure each of my facial expression and movement represented the idea behind the brand.”

What draws even more attention to this commercial, is the appearance of Kim Yoo Jung, the actress who played the younger version of Yun Woo in the drama “Moon That Embraces The Sun.” Kim Yoo Jung, dressed in pajama, is seen flashing a wide smile as she runs and jumps around without care. Fans of the drama were delighted to see both actresses appearing in the same commercial.

Han Ga In and Kim Yoo Jung come together for Samsung’s “Bubble Shot 2.”

Kim Yoo Jung
Han Ga In
How does this article make you feel?