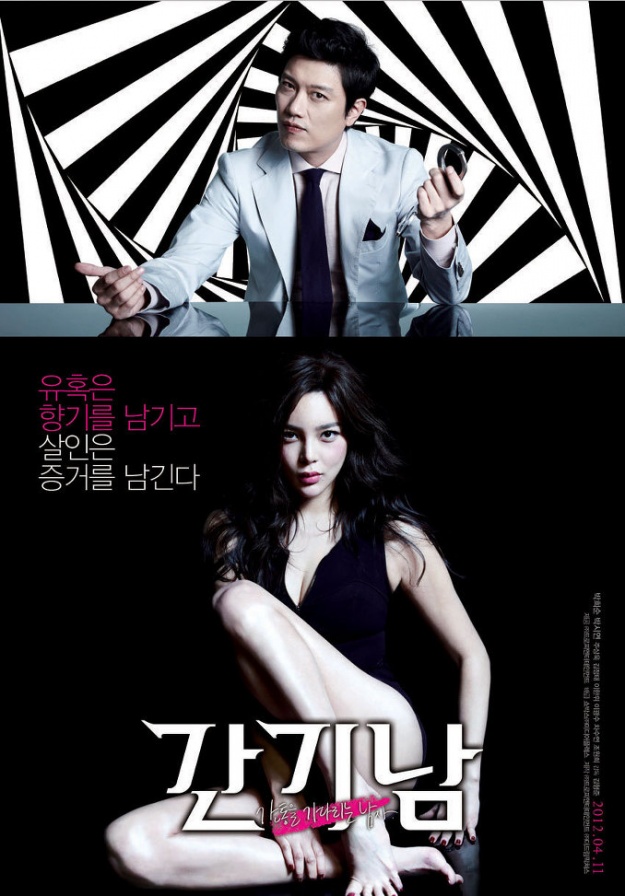 Actress Park Si Yeon opened up about her radical nude scene in upcoming film “The Scent” (a.k.a. “Gan Gi Nam”) at the film’s press conference and premiere on April 3. She said, “When I first got the script, there was no exposure scene and I did not know that I had to go naked in front of the camera until we started filming. It was tough as I have never done such thing before, but I had several heated discussions with the producer and my co-star Park Hee Soon about these scenes and we did it.”

Park Si Yeon plays the role of attractive widow Soo Jin who knows the key information about her husband’s murder case. Sun Woo (played by Park Hee Soon) and Soo Jin first meet each other as a suspect and the wife of the victim. They continuously clash with each other, but cannot help being attracted to each other. As they try to conceal the truth, they share more secrets together. This also builds up inexorable sexual tension between the two. The movie portrays such high sexual tension through a radical sex scene of the two at Soo Jin’s dead husband’s funeral.

Director Kim Hyung Joon commented, “At first, Park Si Yeon’s script wasn’t fully written in detail. The movie’s main goal is to portray the ultimate femme fatale, and I had Sharon Stone’s ‘Basic Instinct’ in mind in directing and producing this movie. Park Si Yeon’s full nude scene was necessary to portray that fatal attraction. We had a series of long discussions about this and there were some minor arguments, too. But when we started filming, both Park Hee Soon and Park Si Yeon were very professional. Thanks to them, we managed to film this very important scene quickly and precisely.”

“The Scent” is Sun Woo, a detective who accidentally gets involved with a murder case as he was trying to catch adulterers. Soo Jin, the murder victim’s wife and Sun Woo attempt to solve a mysterious murder case together. The film is coming to the theaters on April 11.

Check out the trailer of “The Scent” below!

Park Hee Soon
Park Si Yeon
How does this article make you feel?