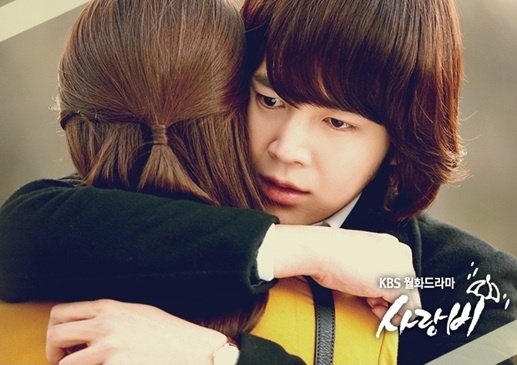 The drama “Love Rain” is very detail-oriented and historically accurate! The following is a screen short of a letter that YoonA’s character “Kim Yoon Hee” wrote on the April 3 episode of “Love Rain” that was broadcast.

The following contains spoilers: “Kim Yoon Hee” had to leave for the U.S. in order to fix her disease and she gives a letter saying goodbye to “Seo In Ha.” (Jang Geun Suk’s Character)

The letter reads, “With my grandmother I am leaving for the U.S where my uncle lives. Thank you.” In a glance, it looks like the letter contains spelling errors written in Korean. However, it was actually not a spelling error and is the way that Korean was written in 1970. For the commonly used words, the letters changed around 1988.

Currently, the opinions on “Love Rain” are split between it being too “boring” and also being a representative piece by the director Yoon Seok Ho.

Jang Geun Suk
Love Rain
YoonA
How does this article make you feel?