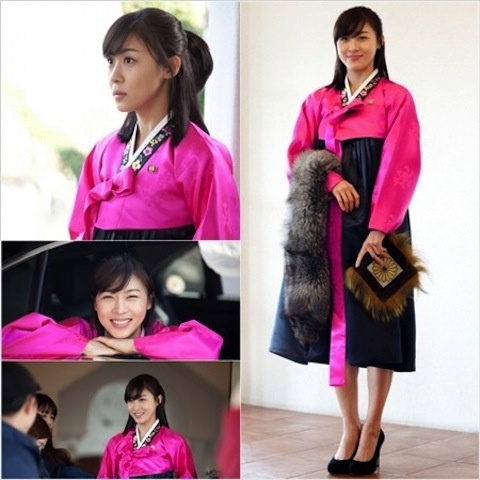 Ha Ji Won will be wooing male viewers with her beautiful pink Han Bok. (Han Bok’s are traditional Korean dresses) On episode 5 of “The King 2hearts” to broadcast on April 4 Ha Ji Won was shown wearing a beautiful Han Bok. In the past she was shown in a North Korean officer uniform or military uniform.

The scene showing Ha Ji Won in a Han Bok was filmed in Jeju Island on March 14. As shown in the pictures Ha Ji Won fits perfectly into the Han Bok. Her body and posture fit in perfectly with the gracious beauty of the Han Bok.

The production company of “The King 2hearts” stated, “Ha Ji Won has only shown her force as a military officer in the past. Soon you will see different sides of her. Now that Ha Ji Won’s character has arrived in Seoul, you will be able to see more interesting sides of her. Please anticipate how the story unfolds.”

Ha Ji Won
The King 2 Hearts
How does this article make you feel?