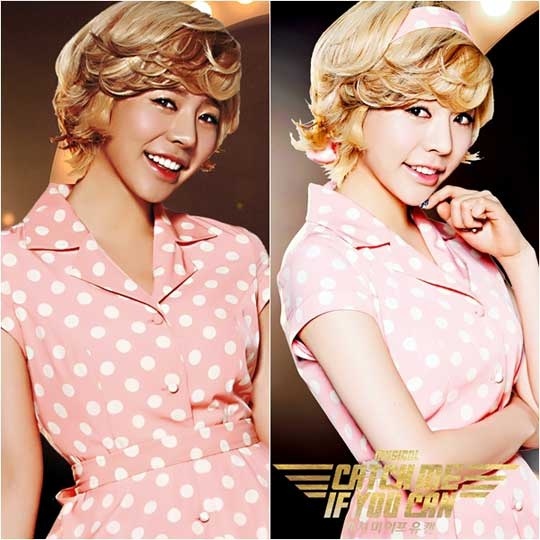 On April 4, Girls’ Generation’s Sunny released an interview clip for her musical, “Catch Me If You Can.” The 42-second video shows footage of Sunny in the backstage, getting ready for her Brenda role in the musical.

“It’s my first try at a musical so I’m really anxious and excited about it. I’ll do my best to come up with a good show,” Sunny says in the video. There’s not much covered in the clip, but it gives a good sense of Sunny’s Brenda character, as it describes her as a “lovely girl” that enjoys “living a fake life.”

The musical “Catch Me If You Can” started playing on March 28. It will continue to play until June 10 for a total of 129 shows. Super Junior’s Kyuhyun, SHINee’s Key, and CSJH’s Dana also star in the show. You can learn more about the show at the official website here!

Enjoy the interview below!

Girls' Generation
SHINee
Super Junior
Catch Me If You Can
Dana
Key
Kyuhyun
Sunny
How does this article make you feel?