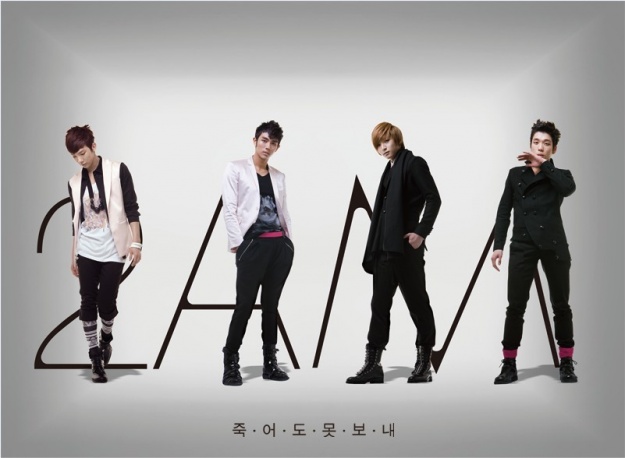 2AM Could Have Sung Se7en’s "When I Can’t Sing"

2AM appeared on the April 5 showing of YTN’s “News and Issue – Issue and People.” 2AM talked about their new mini album. The anchor said, “2AM has a lot of good songs but I bet there are hit songs you missed out on.”

The anchor also asked, “We heard that JYP and Yoon Jong Shin were degraded, what does that mean?”

Jo Kwon answered, “The song that Yoon Jong Shin gave us was put into this album. It would have been a waste to put in JYP’s song not as the title. More than rejecting JYP’s song we just decided that ‘I Wonder If You Hurt Like Me’ should be the title song.”

Seulong described JYP’s reaction, “He was a bit unhappy and collected.”

(It looks like this was another chapter in the journey of Se7en’s “When I Can’t Sing.” As we reported before, Son Ho Young could have sung this song as well.)