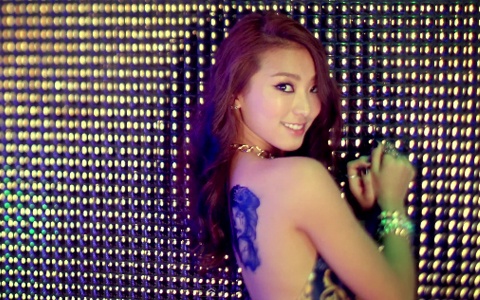 This first one features Bora posing in a club setting in Las Vegas. One of the most noticeable things in the video is the large tattoo that is seen on almost half of her back.

SISTAR’s new mini album is set for release on April 12. The title track “Alone,” is produced by Brave Brothers. It is reported that the song will involve a lot more acoustic sounds, as opposed to the electronic dance beats SISTAR is best known for.

Here is a closer look at that tattoo!