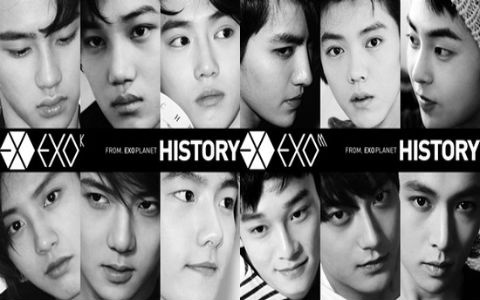 EXO-K and EXO-M are releasing their title song “MAMA” on April 8 through several online music sites such as iTunes, Melon, Olleh Music, Bugs in Korea, and Sina Music in China. EXO-K and EXO-M each recorded Korean and Chinese version of “MAMA” and both songs will be revealed to the world at the same time.

“MAMA” is written by SM‘s most prestigious songwriter Yoo Young Jin. It features gregorian chant and orchestra sound to emphasize mystic characteristics of EXO and surprises the listeners with sharp, synthesized guitar reef and powerful shouting during the dance break. The song is completed with deeply insightful lyrics, singing about lack of communication in today’s overly connected digital world and hopes of rediscovering pure love in the midst of chaos.

Following the release of “MAMA,” EXO will reveal the remaining six songs from their debut mini album on April 9. Fans will be able to listen to EXO’s powerful music and distinctive vocals, and finally have the full out EXO experience after much anticipation.

In case you missed it, here’s the highlight clip of EXO’s debut showcase!

EXO-K
EXO-M
MAMA
How does this article make you feel?