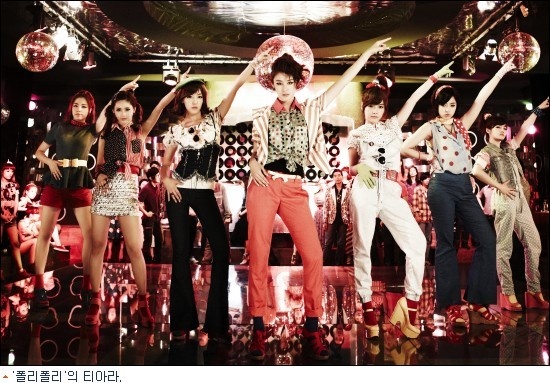 On April 6, T-ara’s management agency, Core Contents Media, released an official press release stating the changes the group will undergo for their upcoming album in July.

“T-ara will go from seven to nine members, and if needed, replace or add new members. Starting from the new album this July, T-ara will work under a nine member group system. T-ara is working hard now, but in order to work even harder and show more effort on and off the stage, we decided to move from a seven member group to nine members in total,” Kim Kwang Soo, the head of Core Contents Media said.

“I know a lot of people are concerned about this change. But if any member shows a lack of effort and it results in the loss/damage of other members, then we are willing to replace that member, or even add more members. I think that’s the only way for T-ara to go beyond Asia and stand in the middle of the global K-Pop boom,” he continued.

“I’ve worked for over 30 years in the industry, as the road manager and promoter of countless artists, including Kim Wan Sun, Kim Jong Chan, Kim Min Woo, Yoon Sang, No Young Shim, Jo Sung Mo, SG Wannabe, MC THE MAX, Seeya, Davichi, and T-ara. Some of them started to get complacent and arrogant within three years of reaching the top. But every fan wants to see their favorite stars to always show their best effort and set a good example to others,” he said.

In particular, he stressed that the current idol market will only get more competitive and T-ara will have to work harder in order to keep up its popularity. “We’re seeing new idol groups debut every month and other groups are working day and night to get better. If T-ara settles for what they have, there will be no improvement.”

Since last month, there have been talks of a potential change in T-ara. But today’s announcement is the first official statement coming from the group’s management agency. The initial response from the fans has largely been split on this issue. Some said it’s a good chance to improve T-ara’s image that’s pretty much reliant on a few of their star members, while others said it just didn’t make any sense to change the members without any particular reason.

What is your stance on this? Do you welcome the change?

Core Contents Media
T-ara
How does this article make you feel?