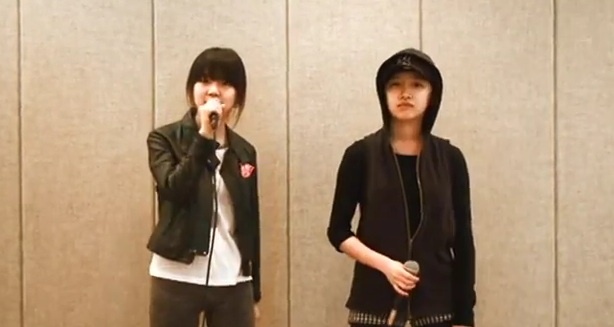 YG Entertainment gave a sneak peek into what their upcoming girl group will look like in a video released on April 6. The clip titled, “Kim Eunbi & Euna Kim Practice Clip,” you get to see the singing skills of two of YGE’s main trainees, who rose to fame after competing in Mnet’s audition program, “Superstar K2” and “Superstar K3,” respectively.

In the video, Kim Eunbi and Euna Kim team up for a cover of Australian singer Sam Sparro’s “Black and Gold.” Kim Eunbi shows off her powerful vocals, while Euna Kim brings back memories of her husky, soulful voice (her rap is pretty amazing!).

Kim Eunbi is confirmed to be a part of YGE’s next girl group, who is scheduled to debut later this year. It’s unclear whether Euna Kim will also join that group at this point, but from looking at this video, it seems like they’ll definitely make a good team! What do you think of their vocals?