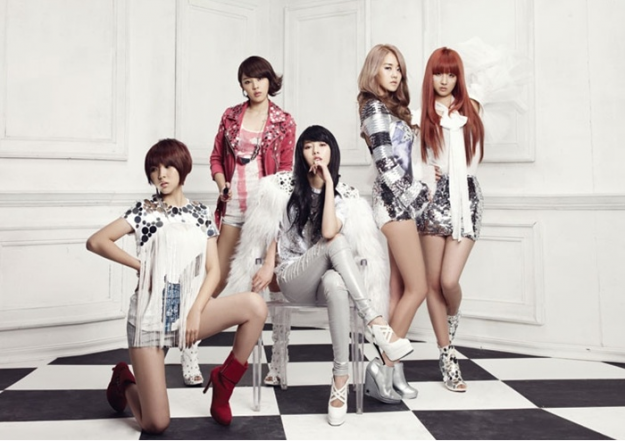 On April 6, HyunA posted a picture of the girl group’s parody on her Twitter.

In the picture, HyunA and the other members are fooling around in their rehearsal room and taking pictures. They especially gained attention for their “Brave Scoundrels’” trademark pose—putting their arms up in the air while bending their hands.

Netizens and fans who came across the parody picture responded with multiple reactions: “Very cute,” “I cannot believe a girl group copied the ‘Brave Scoundrels,’” and “They are just like their young girl selves when they are not on stage.”

In the meanwhile, 4minute will release their third mini album, “Volume Up,” on April 9.

4Minute
Gag Concert
HyunA
Parody
twitter
volume up
How does this article make you feel?