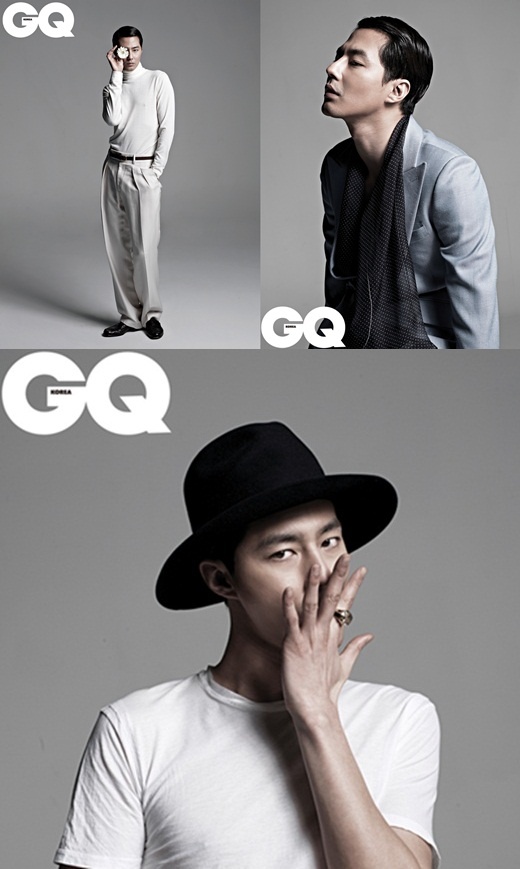 When Jo In Sung appeared on an episode of the “Go Show” which aired on the April 6, he was asked by Yoon Jong Shin, “You have earned roughly 5 billion won through commercial revenue after you returned from your military duties. Is there a reason why you need to make so much money?“

Jo In Sung acknowledged the high profits and replied, “Its true I filmed a lot of commercials. But as the earnings increased, the burden to do well also grew greater. There is so much more I have to compensate for now. Therefore, I am currently being very careful on which script I should choose for my new project. And consequently, once I choose one, I really hope that I can do it well.”

The MC’s continued to ask him, “Where do you spend all that money? On women? Dating?” Jo In Sung wittedly replied, “I want to meet a women who can make me spend money. I will give her everything.” surprising everyone with his response.

Fellow MC Jung Hyun Don responded, “The more I talk to him, this person…” and before he could find the words to describe his guest, Jo In Sung replied in his place, “very charismatic, right?” and causing laughter in the studio.

**Remember: Click on the blue triangle on the top right to watch a 3-minute clip of any screen cap on Soompi!**