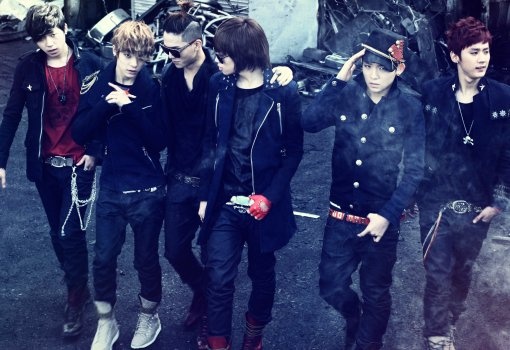 On April 7, Teen Top and their song “Supa Luv” made it to the list of “Venezuela Trends” on twitter. This list presents keywords that have been used the most in tweets and mentions. Teen Top’s debut on “Venezuela Trends” list proves their growing popularity in the country.

Teen Top is also attracting many fans from other South American countries such as Argentina, Chile, and Columbia. As a result, Teen Top has been getting many offers and inquiries regarding possible future visits to these countries. Teen Top’s agency TOP Media said, “Yes, We are getting many different offers. We have been asked to perform in Chile back in March. Also, we have been invited to a music festival in Columbia.”

Most Teen Top fans in South America watch their favorite idol on YouTube. Teen Top’s fan club in Argentina commented, “Congratulations on your first concerts in Japan. Since us South American fans seldom have a chance to see Teen Top other than YouTube, we would love to have you perform in South American countries, including Argentina.”

Teen Top is officially advancing to the international market in June, starting with their first series of independent concerts “Teen Top Zepp Tour 2012” in Osaka, Nagoya, and Tokyo, Japan.