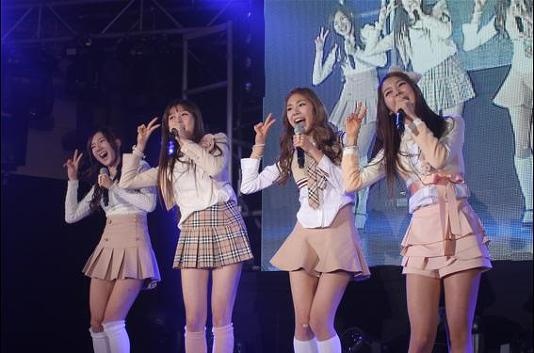 On April 9, STELLAR attended the appointment ceremony at the Defense Media Agency building and received the symbolic items that represent the promotional ambassadors, which are the beret and honorary military dog tags. Other promotional ambassadors and officers, who are involved in the “Entertaiment Train” concert, attended this appointment ceremony as well.

STELLAR debuted with “Rocket Girl” in August 2011. They performed for various “Entertainment Train” concerts for the Army units, Air Force units, Navy units and more. They were widely received with great fervor from the soldiers.

Sources from the Defense Media Agency say, “It’s widely known that STELLAR is one of the most popular girl groups amongst soldiers. Also, we see great potential in them to grow and develop with our program for the ‘Entertainment Train’ concert. That is why we have chosen them as promotional ambassadors.”

The “Entertainment Train” concert was first created in 1961 and is continuing the tradition for 51 years with over 2,580 concerts and over 420 entertainers who have performed.

Rain
STELLAR
How does this article make you feel?