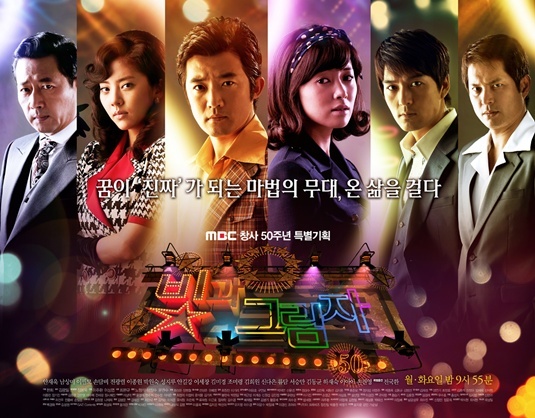 MBC’s "Light and Shadow" To Be Extended By 14 Episodes

MBC‘s 50th anniversary special drama “Light and Shadow” has been granted a 14-episode extension after taking the top spot in ratings for several weeks.

“Light and Shadow” is centered on the success story of Kang Ki Tae (played by Ahn Jae Wook), an entertainer in the show business industry. Set in the 1970s-80s of Korea, the drama has been gaining a lot of love and interest, particularly from the older audience.

The drama has been taking the #1 spot in ratings for the Monday-Tuesday slot during its recent weeks of airing, beating its competitors, SBS‘s “Fashion King” and KBS‘s “Love Rain“. As of now, it is scheduled to have an extension of 14 episodes from its original run of 50 episodes.

A representative of “Light and Shadow” revealed, “Despite the difficult work environment, the actors/actresses, staff, and production team have all teamed up to make an excellent drama. We especially thank the actors and actresses for their outstanding performance to make this a ‘top’ drama. We will work hard to develop the parts of the story that have not been told yet, and show the viewers a strong rest of the drama.”