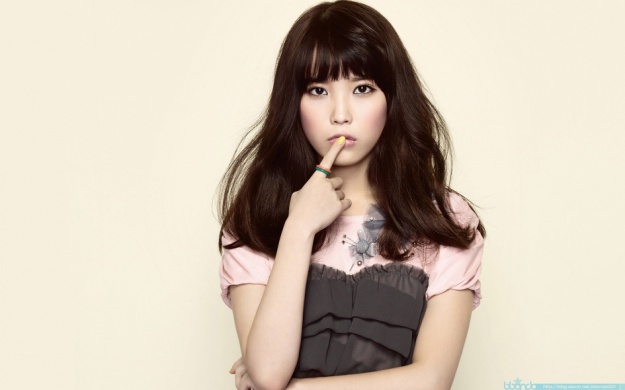 CF Shoot photos of IU‘s lovely charm were revealed. The recently revealed photos of IU are from the well known vitamin brand, “Lemona” CF shooting set. IU’s set of three special charms, which are cuteness, liveliness and innocence were portrayed in the photos.

The close up photo of IU especially showed her unique, refreshing charm. Her image fit in perfectly with the “Lemona” image and she showed off her beauty as the official “Lemona Girl.”

Eyes are being drawn at the fact that IU has been chosen to represent “Lemona” through the “You and I Lemona” campaign. The commercial will air on May 1.