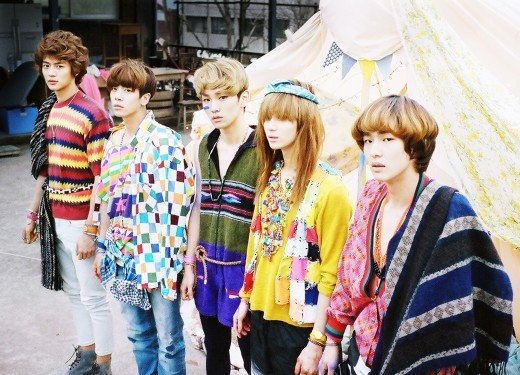 SHINee Confesses About Their Makeup

SHINee recently brought up the topic about their makeup on the cable channel KBS Joy’s TV show, “Lee So Ra’s Second Proposal.” On that day’s show, Jonghyun said, “Even with a busy schedule, in order to take care of my skin, it is important to wash my face cleanly. For this album’s promotion, it was my first time wearing smokey makeup. Yet, when I removed it and looked in the mirror, it was embarrassing.” He brought much laughter to the audience.

Key added on to the laughter by stating, “When we first debuted, I didn’t wear eyeliner that much. However, after wearing eyeliner, I realized that I have wide-set eyes. After removing my makeup, I look very plain.”

On the show SHINee appeared with a intensity and perfect vocals, which brought much excitement to the audience. When they performed, “Stranger,” in a band style arrangement, it brought a new feel to the song.

“Lee So Ra’s Second Proposal,” which will reveal SHINee’s captivating stage and talk, will be broadcast on April 10.

SHINee
Jonghyun
Key
How does this article make you feel?