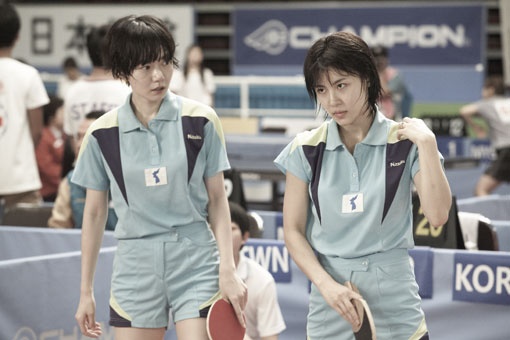 The Film “Korea” released their main trailer. As we reported before, the first teaser that they released focused more on the actual history behind the first South-North Korean table tennis team.

The main trailer depicts the struggles of the South and North Korean team trying to create teamwork. Towards the end it shows the two main characters “Hyun Jung Hwa” (Portrayed by Ha Ji Won) and “Lee Boon Hee” (Portrayed by Bae Doo Na) working together. The movie looks like it will be a resounding success as it looks moving, is based on the actual table tennis team, and shows South and North Koreans working together.

The film is based on the first South-North Korean table tennis team that competed at the 1991 World Ping Pong Championship. “Hyun Jung Hwa” whom Ha Ji Won portrays, actually won the gold medal at the championship. She trained both Ha Ji Won and Bae Doo Na for the film.

Here is the main trailer:

Here is the previous trailer: