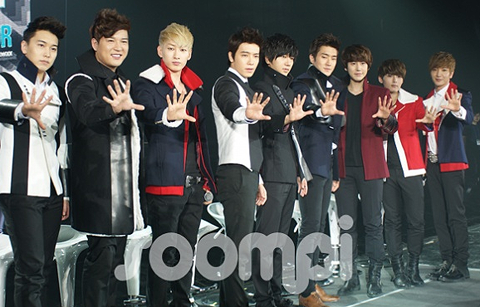 Save the date! Super Junior will be performing in Sydney, Australia on May 5, 2012. Following their highly successful show in Paris, the boys will travel to Shanghai and Jakarta before sending stopping at Sydney for their “Super Show 4 Super Junior World Tour (SS4).” Presented by JK Entertainment, the company that produced the “K-POP Music Festival” in Sydney last year, the concert will be held at the Allphones Arena in Olympic Park.

Stay tuned to Soompi for an upcoming contest regarding Super Junior’s “Super Show 4” in Sydney, Australia! For more information regarding the concert, visit JK Entertainment’s website!