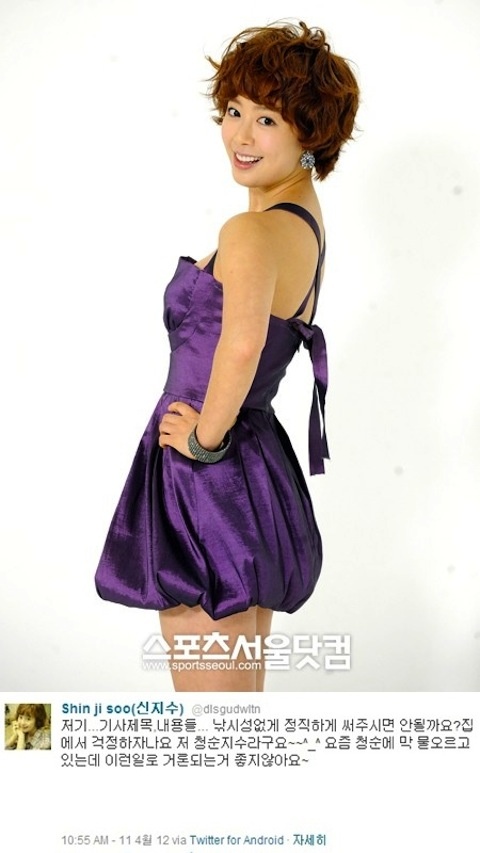 Actress Shin Ji Soo posted on twitter, “Can journalists write their article titles truthfully, without throwing in names just to attract more curious readers? My family’s worried about me. I’m ‘Innocent Ji Soo.’ I don’t want to be involved in something like this when I’m all about staying innocent.”

This twitter post is referring to the CEO of her agency, Open World Entertainment, being arrested for sexual assault. In delivering the news, many news articles used her name in the title, causing many worried fans and readers to speculate that something could have happened to Shin Ji Soo, too.

Previously on April 10, the CEO of Open World Entertainment was arrested and charged with sexual harassment and assault on the company’s female trainees. The CEO is currently denying all allegations made against him.

Open World Entertainment
Shin Ji Soo
How does this article make you feel?