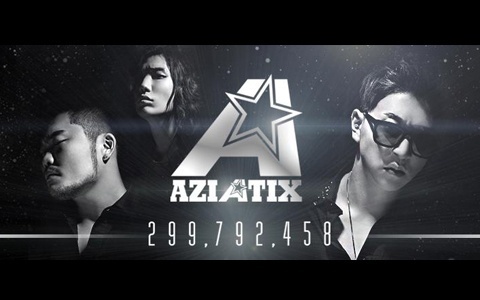 Aziatix released their teaser to their upcoming single “299.792.458” today on their official YouTube channel.

After finishing up their 2012 US tour earlier this month, Eddie Shin, Nicky Lee and Flowsik are already getting set to unleash their new single next week on April 17. The song was produced and composed by Jay Chong, with lyrics by Jay Chong and Flosik. The title, “299.792.458” refers to the speed of light which is 299,792,458 meters a second.

The last time they released a music video was last December with “Nothing Compares To You.”

Last year they won Best New Asian Artist Group at the Mnet Asian Music Awards and were featured alongside many popular K-Pop acts. In January they promoted in Japan where they had a sold out tour and reached  #1 on iTunes Japan’s R&B/Soul chart.