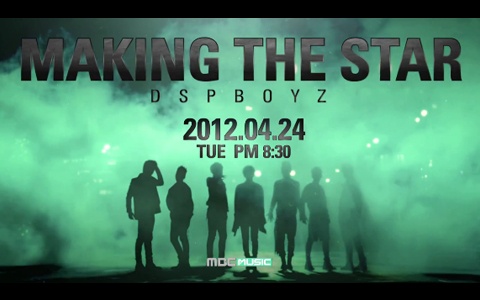 DSP Media has released the fourth teaser for DSP Boyz‘ upcoming debut. While very similar to the previous teaser, slightly different music and video angles was used in this one.

If you want to check out the differences between the two, watch them played side by side on this YouTube doubled video.

The first two teasers featured the boys stylishly running through a city. This one, along with the previous teaser, has the boys slowing walking through green smoke. With illuminated green lighting, their black silhouettes strongly stand out. Once again, the faces of the members cannot be clearly seen.

While the official group name has already been decided, they are still using the temporary name of “DSP Boyz” until they make their official debut.

DSP Boyz
How does this article make you feel?