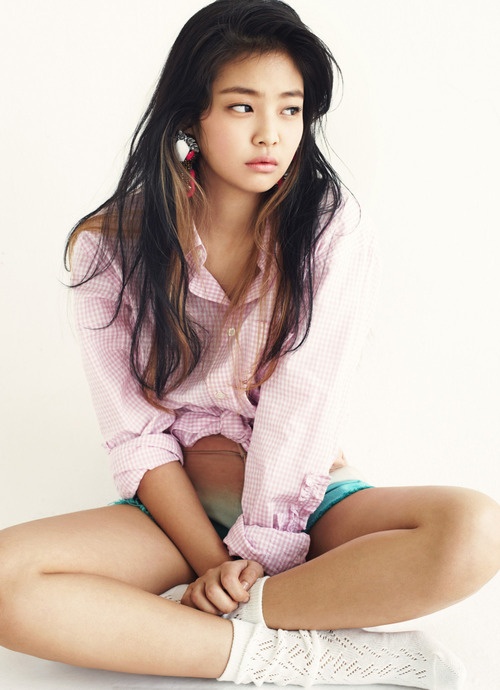 On April 10, through YG Entertainment’s blog, only a picture of a girl was uploaded. Afterwards, she was known as the “mystery girl” and was the most searched topic on various search engines. However, the profile of the “mystery girl,” who may be one of the members from the new girl group, has been finally revealed.

Through netizens’ search, information on the girl was found. The name of the “mystery girl” is Jenny Kim, who was born in 1996. She is from the Netherlands. On April 13, a representative of YG Entertainment confirmed the information by saying, “The name and the age is correct. She went overseas when she was very young, so we didn’t think people would uncover her profile with just a picture…”

YG Entertainment added on to the information by stating that Jenny Kim is an intelligent girl, who is fluent in Korean, English, and Japanese. CEO of YG Entertainment, Yang Hyun Suk, selected her from an audition because he fell in love with her excellent singing and dancing skills. She has been training as a trainee for several years.

However, when asked if Jenny Kim is one of the members in the new girl group, YG Entertainment’s representative answered, “Nothing is certain yet.” Even when they revealed the picture on the YG’s blog, nothing was said about her except the question, “Who’s that girl?” Not one word was said about who she is and what she is going to do in the future.

Even though nothing is being said, by looking at how YG Entertainment likes to surprise people, there is a high chance of Jenny Kim being a member of the new girl group. For example, when a new album is released by their singers or groups, they like to do surprise promotions. This may be another one of their surprises.

YG Entertainment already revealed two members of the new girl group on April 6. They showed the practice video featuring the two girls, Kim Eunbi and Euna Kim. A lot of attention was garnered because this will be the second girl group from YG after 2NE1. From the start of creating this new girl group, Yang Hyun Suk stated that he cared about the beauty of the members. When you look at Jenny Kim, for instance, she has a mysterious charm and beauty to her. She also looks like the actress, Shin Min Ah.

YG is planning to really advance BIGBANG and 2NE1 worldwide starting this year. It is also known that the trainees that are training right now are being told to aim towards the global market from the start. With Jenny Kim being fluent in three languages, there is no doubt that she is a member of the new girl group.

Yang Hyun Suk
Jenny Kim
How does this article make you feel?