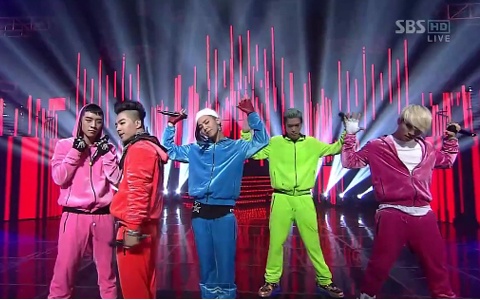 After taking their triple crown victory for “Blue” three weeks ago, Big Bang’s “Fantastic Baby” was nominated in the Take 7 today.

Daesung and Sungri also joined IU in hosting Inkigayo today as Kara‘s Hara and Nicole are currently busy with their Japanese tour. Check out the full Inkigayo article to watch their MC and interviewing skills.

While they have performed primarily on Inkigayo, Big Bang has also released special performances on YouTube for “YG on Air.” While it has already been a month since they released their “Alive” mini album, they are still going strong on many music charts as well as our own Soompi K-Pop Chart.