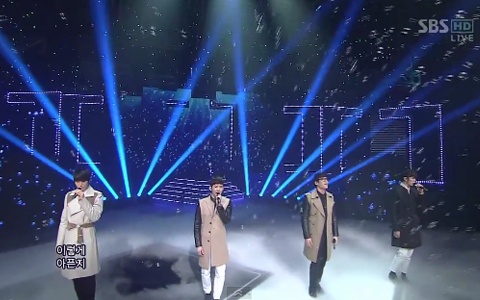 2AM has finished up promotions for their song “I Wonder If You Hurt Like Me” and had their goodbye stage today on Inkigayo.

They released their mini album “F.Scott Fitzgerald’s Way Of Love“ last month on March 12. 2AM had a lot of success with the album as it had an “all-kill” on online music charts and also gained two wins on KBS Music Bank.

Recently, 2AM’s newest Japanese single “You Wouldn’t Answer My Calls” was released on April 11 and reached #4 on the Oricon Daily Charts.