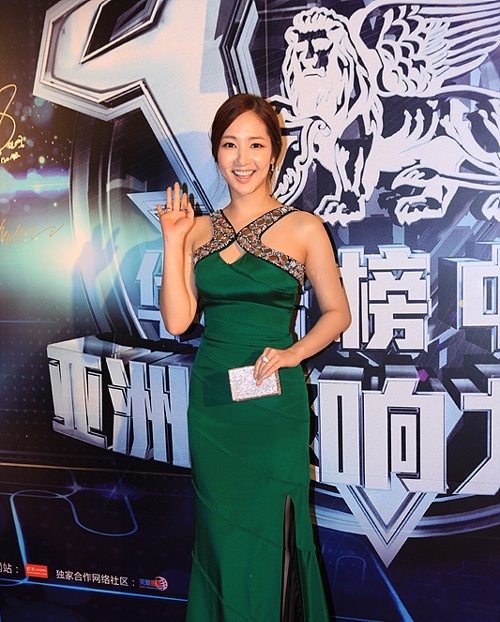 On April 13, Park Min Young received the Fashion Artist Award at the “China Music Awards” (Hereafter, CMA) which was held in Macau. For this special occasion, Park Min Young wore a long green dress that showed her goddess-like beauty. Also, she surprised Chinese viewers and fans with her fluent Mandarin when she accepted the award.

(To be more exact, the award that she received was the “Fashion Artist that Has Biggest Influence in Asia” Award)

This was the 16th CMA, every year the top Asian stars are invited to the event. In the past Korean stars such as Lee Byung Hun and Kim Tae Hee were invited.

A representative of the CMA stated, “The CMA is China’s premiere award ceremony. Park Min Young was the only actress to be invited and receive an award. The reason is due to the broadcasting of ‘City Hunter’ and her increasing popularity. Her acting ability and beautiful looks are appealing to Chinese fans.”