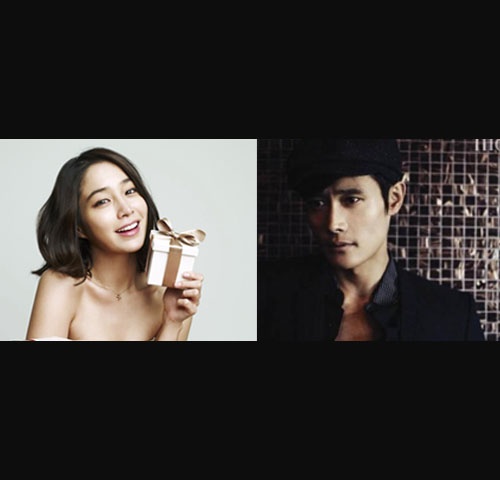 UPDATE: Contrary to earlier reports, agencies of both Lee Byung Hun and Lee Min Jung released official statements denying dating rumors. Lee Byung Hun’s agency said, “They’re not dating. They’ve known each other as sunbae-hoobae for a long time. There have been rumors of them dating for a long time.But they don’t even talk or have dinner together that often. They’re just a good sunbae-hoobae.”

Top star Lee Byung Hun(42) and popular actress Lee Min Jung(30) are currently dating. People part of the entertainment business have stated that the two had good feelings for each other, starting the end of last year. The two got to naturally meet at various ceremonies and official movie meetings. After spending time with each other, they quietly began dating the beginning of this year.

A person from the movie industry stated, “Lee Byung Hun and Lee Min Jung started to date at the beginning of this year. Even though the two are busy with movies and CFs, they are dating in their free time. Like any other couple, they are dating with beating hearts full of love and joy. However, with them both being famous stars, they don’t have many options for their dates.”

The person continued on saying, “Before Lee Byung Hun’s younger sister, Lee Eun Hee, got married at the beginning of this year, Lee Byung Hun took Lee Min Jung to meet his family. The couple enjoyed a lovely meal with Lee Byung Hun’s mother and sister. His family is pleased with their relationship.”

A person who knows the two well revealed, “With the two being at an age to get married, it was normal to keep their relationship quiet. Not many people know about their relationship. They usually date around Lee Byung Hun’s house, where they can somewhat avoid the attention of others.”

Even though the two stars are at a marriageable age, it is being said that it’s too early to tell if they will tie the knot. People from the entertainment business are asking everyone to just look at them as a normal couple who are in love.

The new couple is spending busy days working while still loving each other. Lee Byung Hun is currently filming his first historical movie, “Masquerade.” Lee Min Jung has been casted in the KBS2 “Big,” which will air in June.

Lee Min Jung
Lee Byung Hun
How does this article make you feel?