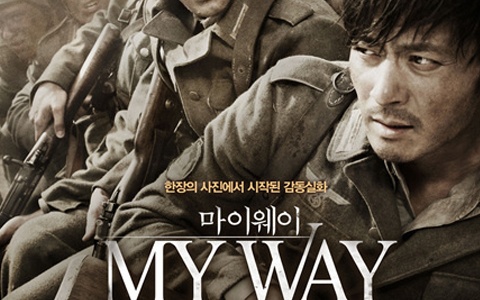 Jang Dong Gun’s "My Way" to Release in the U.S. This Week

The film, “My Way,” is set to be released in the U.S. on April 20 and is currently undergoing its rating by the Motion Picture Association of America. “My Way,” is director Kang Je Gyu’s first film since his hiatus seven years ago.

The film opened to Korean audiences last year in December. With a budget of over $30 million the film is the most expensive Korean movie made to date. The film, however, was not received as expected and was able to recover only around $15 million in earnings – half the amount that was invested initially. The movie then premiered in Japan in January of this year and made an estimated $2,767,504.

Despite the box office performance in Asia, the film is garnering attention because of the realistic war scenes and hopes to be a box office success in North America.

Have you seen the film? How would you rate the movie?

Fan Bingbing
Jang Dong Gun
Joe Odagiri
Kim In Kwon
My Way
How does this article make you feel?