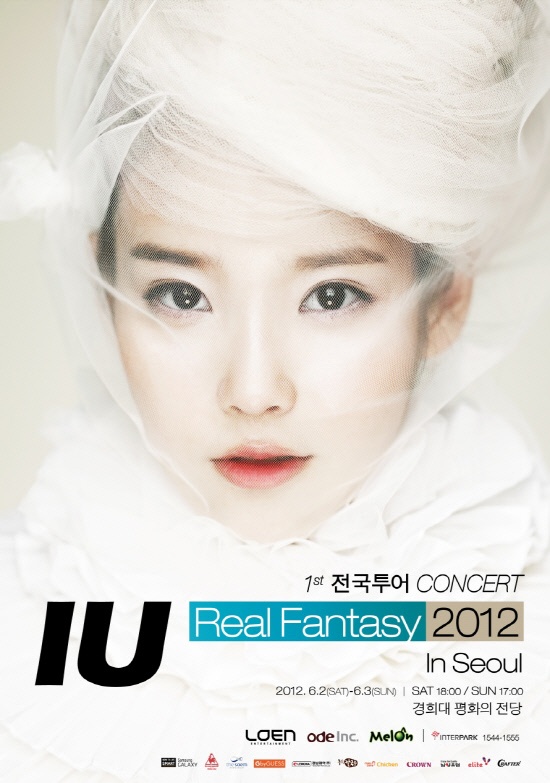 IU Reveals Poster and Details to Her First Solo Concert

IU revealed the poster for her upcoming first solo concert, “Real Fantasy.” In the poster, IU is seen wearing a white veil and shirt, creating an angelic yet mysterious aura. As indicated in the title of the concert, the overall concept of the show is the difference in “reality” and “fantasy.”

The concert will take place for two days on June 2 and 3 at the Peace Hall in Kyunghee University. IU will also perform in six other cities to celebrate her first solo concert since her debut four years ago. The stage is reported to be designed in a “theater-like” format, maximizing the viewing experience for her fans.

Tickets for “Real Fantasy” will go on sale through the Korean ticketing site, Interpark, starting April 17.

IU
Real Fantasy
How does this article make you feel?