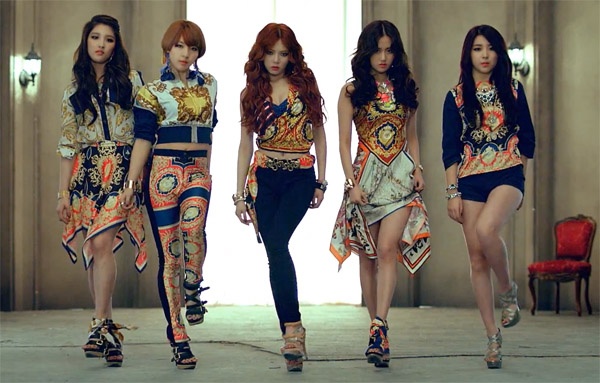 To celebrate this awesome concert, Mnet and Soompi are giving away SEVEN autographed CDs from some of the lineup groups: three copies each from 4minute and SISTAR, and one from FT Island! To win, all you have to do is share our article on Facebook or Twitter! Here’s how to enter:

2. Send a tweet telling us which CD you want to win and why, using the hashtag #mcountdownsoompi and the link http://bit.ly/J1e0y7!

The contest will finish on Sunday, April 22, so don’t delay! If you’re located in Japan, definitely consider making the trip to one of the biggest local K-Pop concerts of the year. For those outside of Korea and Japan, don’t fret! You can still watch the concert live on April 26 through the Mnet official website or the Mnet YouTube channel.

The concert is co-produced by Mnet and Space Shower TV, Japan’s largest music channel. The partnership is expected to create synergy effects in promotions, broadcasting, and the overall quality of the show. “”M! Countdown One Asia Tour: Hello Japan!” will be broadcast through Mnet, Space Shower TV, Mnet Japan, Mnet US, and tvN Asia.

Congrats to the winners!