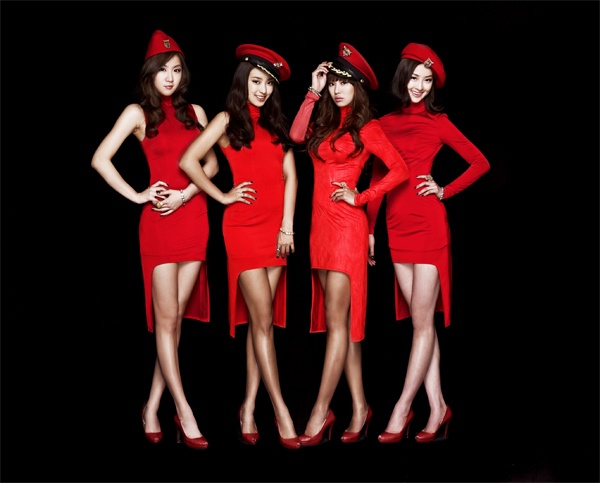 The long wait is now over for SISTAR fans! SISTAR has returned this month with their first mini-album, “Alone.” Korea’s top “taste makers” such as the Brave Brothers and Rovin have come together for the girl group’s latest work. The title track is “Alone,” a Brave Brothers production with dreamy and addictive beats and melodies. Another notable track is “Lead Me,” a medium-tempo R&B number with groovy, hip-hop rhythms. SISTAR’s sexy vocals flow well with the beats of this song.

Girl’s Day finally makes a comeback after eight months with a new mini-album, “Everyday II.” The album includes three new songs including the title track, “Oh! My God” as well as previously released single, “Don’t Flirt.” The girls hope to show a more mature side to them in addition to their usual cute, bright, and sexy image. The title track, “Oh! My God” was composed by Kang Ji Won and Kim Ki Bum, who have also created Secret’s hit number, “Starlight Moonlight.” It is an electronic number with an addictive melody.

MC Sniper returns after three years with his sixth studio album titled, “Full Time.” The rapper hopes to come before fans with more powerful music and lyrics. There are two title tracks in this album – “I Can Do It” and “Push It.” The former track is a collaboration with pianist Yiruma, while the latter song features Illinit.

Since January of this year, top singers along the likes of 10cm, Super Junior KRY, Kim Bum Soo, and Brown Eyed Girls’ Gain took part in reinterpreting Yoon Il Sang’s songs to celebrate his 21st anniversary in the music industry. This album consists of ten reinterpreted tracks as well as piano instrumentals personally performed and arranged by Yoon himself.

The prince of Korea, Lee Seung Gi, who is currently the hero of MBC’s drama series, “2Hearts,” has returned to the music scene with a best album. It includes Lee’s hit songs starting from his debut track, “Because You’re My Woman” all the way to songs from his drama, “My Girlfriend is a Nine-Tailed Fox.” There are a total of fifteen songs, all re-mastered for this album.

Four-member group, Noel has returned this month with a single album titled, “Leaving.” The title track is of the same title and is about wanting to hold onto a lover but unable to. The song is a Choi Gyu Sung and a Noel production. The other song in this single is “Broke Up,” a Rado composition.

The soundtrack for hit drama series, “Rooftop Prince” is finally released. Top artists such as Baek Ji Young, Ali, and Jay Park have taken part in the soundtrack, making it all the more anticipated by fans. It seems that both the series and soundtrack have been doing well on online charts!