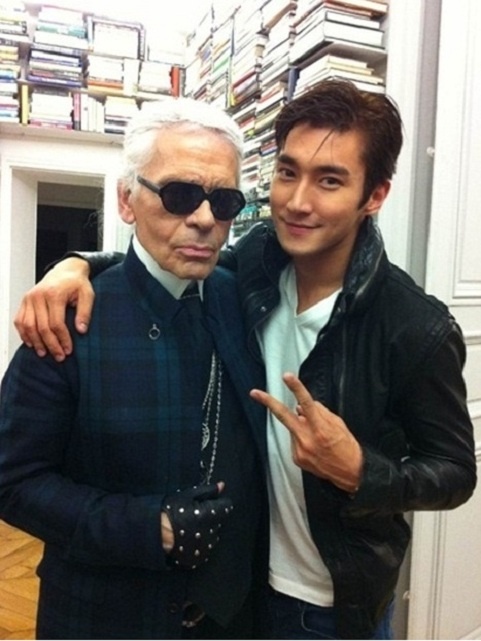 The picture was taken after the photoshoot for a fall edition of an American fashion magazine. According to some Korean sources, the photoshoot went on in early April when Super Junior first had their concert in France.

For those of you that don’t know, Karl Lagerfled is the head designer of Chanel. He took part in the photoshoot as a photographer. He told Choi Siwon “Your poses are very good” and gave him personally designed gifts.

Super Junior’s “Super Show 4” concert will continue on from April 28-29 in Jakarta.

Super Junior
Chanel
Karl Lagerfeld
Siwon
How does this article make you feel?