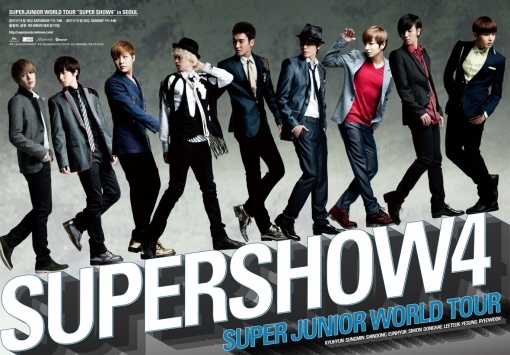 Why Did Super Junior’s Australian Concert on May 5 Get Cancelled?

Super Junior is currently continuing their world tour “Super Show 4.” However, recently their Australia concert was cancelled two weeks in advance. What was the reason?

Through their website on April 17, the agency on-site JK Entertainment stated “We apologize for the cancellation of Super Junior’s concert ‘Super Show 4’ that was supposed to be held at the Sydney Allphones Arena on May 5.”

According to JK Entertainment, the director of the concert had to be hospitalized. The agency decided that it would be difficult to continue the concert.

Since April 17, JK Entertainment has begun making refunds for people that reserved tickets for the concert. On the website many K-Pop fans are expressing their disappointment at the turn of events. However, SM Entertainment has not made an official response as of yet.

According to the representatives of the concert the director had a serious car accident. SM Entertainment tried to change the director but it was not possible with only two weeks left for the concert. Therefore, that is why they came to the decision to cancel the concert.