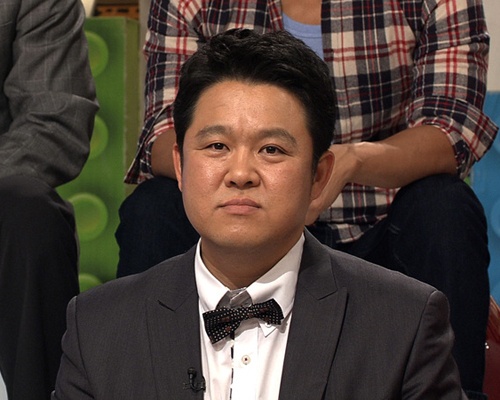 Kim Gura Wants to Apologize to Comfort Women in Person

Recently, Kim Gura’s comments regarding sex workers and comfort women made during his internet radio show in 2002 resurfaced online and drew much attention. At the time, Kim Gura’s show talked about sex workers’ silent protest in Seoul in response to police’s ambush crackdown on prostitution. In discussing the matter, Kim Gura compared sex workers to comfort women, “We haven’t seen prostitutes renting a bus or two to go anywhere in a while. It’s like back in the day with comfort women.” Such comment was rediscovered by netizens recently and became extremely problematic, questioning Kim Gura’s accountability and qualifications as a TV entertainer.

When the issue became undeniably controversial, Kim Gura announced to take time off, suspending himself from all TV broadcasting activities. Through a press release, Kim Gura stated, “I understand that my life-long apologies and self-reflection will never be good enough for those who has been hurt by my inconsiderate comments. I would like to take some time to myself for self-reflection and self-restraint.”

On April 17, Kim Mi Hwa wrote on twitter to Kim Gura, asking him to come with her to visit comfort women to apologize in person with her. She wrote, “Let’s go visit grandmas with me, hand in hand. Let’s make a deep bow and hug them tightly. I’m their honorary ambassador and daughter. They are mothers, and mothers always forgive all her son’s mischiefs. That’s what mothers are like.”

Currently, Kim Gura is staying at home, spending all his time with this family since he announced temporary suspension on April 16. A source tells that he has been reflecting on himself, feeling deeply sorry for what he has done and said. This source also commented, “He is having a hard time for sure. However, he believes that he needs to reflect on what he has done as it was extremely inappropriate. He is willing to take all the criticisms.”

comfort women
Kim Mi Hwa
How does this article make you feel?