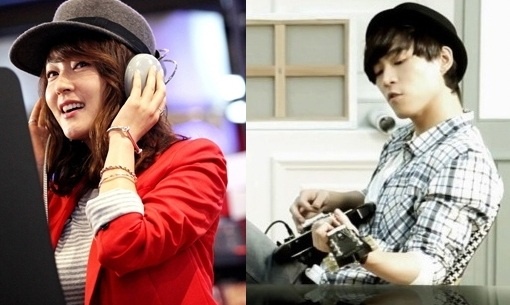 Singer John Park and Actress Park Jin Hee had a date at a baseball game.

On April 18, John Park and Park Jin Hee made an appearance at Jamsil Stadium for a baseball game between Doosan Bears and Samsung Lions. Park Jin Hee threw the opening pitch and John Park hit the first pitch. They are currently making music together on MBC Variety Show “Music and Lyrics.” After they threw and hit, they watched the game at the first base stand.

John Park and Park Jin Hee first made an appearance on April 14, on MBC Variety Show “Music and Lyrics.” On the show, despite the 10 years of age difference, they showed an image of a perfect couple and made the viewers’ heart flutter. The show is on every Saturday at 5:15PM.