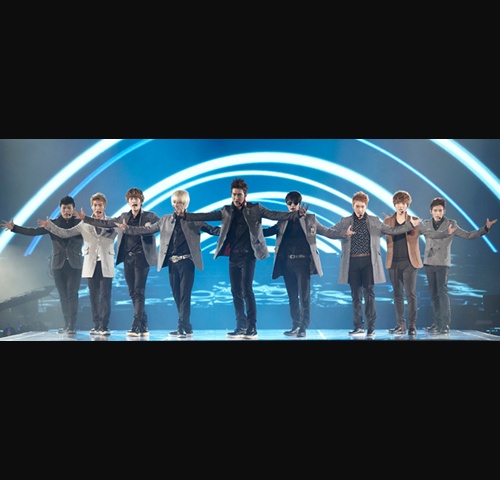 Super Junior Sells Out Another Concert in Japan

The Super Junior world tour, “Super Show 4,” that is going to be held at the Tokyo Dome for a couple days, May 12 and May 13, is sold out. On April 19, Super Junior’s Ryeowook wrote a message through his twitter about how the show was sold out. He wrote, “Tokyo Dome, even until yesterday we said..Super Junior’s exclusive performance. Wow! We heard that it’s sold out. I feel choked up. Thank you.”

At this Tokyo Dome concert, there is going to be 100,000 fans filling up the place. It is a larger crowd than last year’s concert at the Osaka Kyocera Dome, which was held in December. It is a more significant result because Super Junior accomplished it without ever making an official debut in Japan. They also never did any special promotions.

Fans who heard about the news showed their happiness by commenting, “I also feel proud and choked up,” “I really like Super Junior,” “I am waiting and really anticipating for the concert,” and “Super Junior is extremely popular right now.”

From February 2 to February 5, Super Junior performed at Taipai Arena in Taiwan. On February 18 and February 19, they performed at Singapore’s Indoor Stadium. On April 6, they sang in Paris, France. Through their world tour, “Super Show 4,” they proved their power as a group that represents Asia.

Super Junior
Ryeowook
Super Show 4
How does this article make you feel?