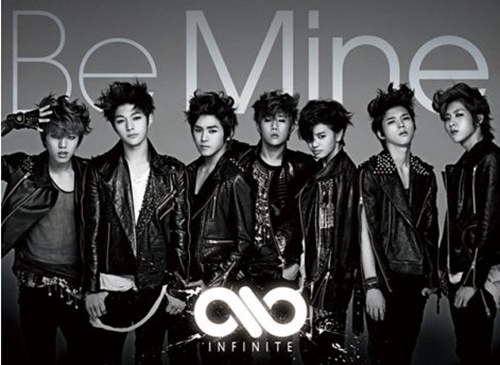 Infinite released their second Japanese single “Be Mine” on April 18. On the day of its release, “Be Mine” was immediately ranked at the second place on Oricon Daily Chart with 28,192 copies sold. “Be Mine” was originally released in Korea in 2011 and Infinite won first place on music ranking shows with the song.

In the single “Be Mine” includes Japanese version of “Be Mine” as well as “Julia,” which was also previously released in Korea. Infinite made their debut in Japan with the single “BTD” in November, 2011. Their debut single also reached the second place on Oricon Daily Chart. With such continuous success, Infinite is proving themselves to be the newly rising K-Pop star in Japan.

Check out Infinite’s “Be Mine” Japanese version PV below!