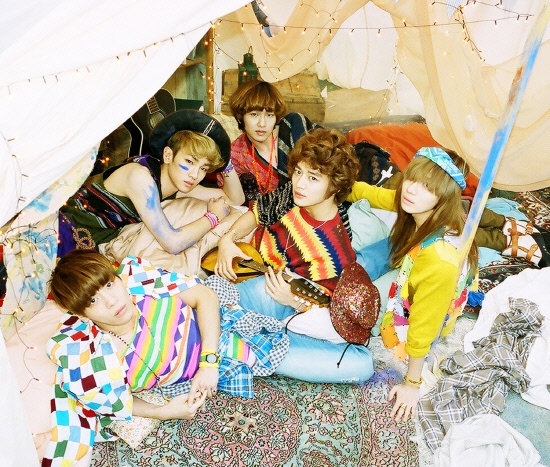 Will SHINee Be Able to Make $50 Million USD in Sales?

SHINee is embarking on a series of concerts in Japan. “The First Japan Arena Tour – SHINee World 2012” will start on April 25 in Fukuoka, and will be performing in Hokkaido, Nagoya, Osaka, Kobe, Tokyo, and Hiroshima. This arena tour consists of 20 concerts and SHINee is expecting to attract approximately 250,000 people in the audience.

SHINee made their debut in Japan only about a year ago in June 2011. However, the expected revenue from their first arena tour concerts surpasses any other K-Pop idol groups. The tickets to these concerts are all 122,000 Korean Won (8,800 Yen). SHINee is expected to make up to 30.7 billion Korean won (2.2 billion Yen) only in ticket sales. In addition, many character products will be sold at these concerts. Experts are anticipating 15 billion to 20 billion Korean won in sales of these products, bringing up the maximum expected total revenue from “The First Japan Arena Tour – SHINee World 2012” to approximately 50 billion Korean won (nearly $50 million USD).

Previously, SHINee released their Japanese debut single “Replay” in June 2011. Around the same time, they garnered much attention internationally when they successfully hosted a showcase in England’s Abbey Road Studio, which is known as the Beatles‘ studio. SHINee successfully placed all three of their singles, “Replay,” “Juliet” and “Lucifer,” on the top 3 of Oricon Singles Chart. It was the first time for a foreign artist to be placed in the Singles Chart for three times in a row in the 44 year long history of Oricon Charts.

During “The First Japan Arena Tour – SHINee World 2012,” SHINee is to release new single “Sherlock” on May 16.

Check out the special trailer of SHINee’s upcoming Japanese single “Sherlock” below!