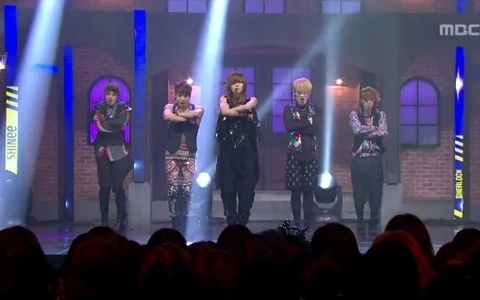 While it has only been a few weeks since their comeback, they gained a lot of success with the song. They won the first place on KBS “Music Bank” two weeks in a row, followed by winning Mutizen Song on SBS “Inkigayo” on April 15 with “Sherlock.” Also, their mini album, which was released on March 21, topped the monthly chart on Gaon Charts by selling 135,370 copies.

SHINee will now begin promotions in Japan next week with their concert “The First Japan Arena Tour SHINee World 2012” on April 25 in Fukuoka, Japan.

SHINee
Music Core
How does this article make you feel?