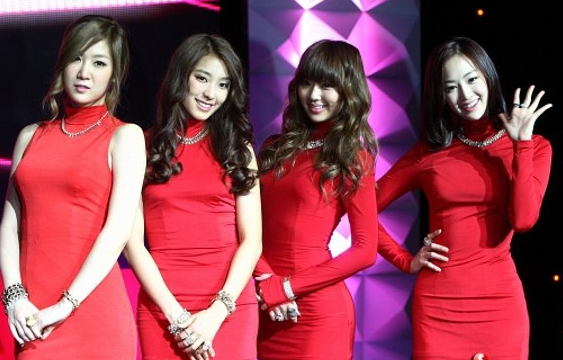 SISTAR: "We’re Not That Thin Compared to Other Girl Groups."

The members of SISTAR recently made a ludicrous statement regarding their bodies on the most recent episode of KBS 2TV “Yoo Hee Yeol’s Sketchbook.”

In an interview during the show, MC Yoo Hee Yeol said, “SISTAR has become more womanly,” and asked, “Recently, there have been many articles talking about how much thinner you’ve gotten. Are doing a lot to take care of your bodies?”

In response, Bora said, “Do we look thin? I don’t think we’re thin,” to the shock of the audience. To this, Hyorin clarified, “The average girl group members are very slim and thin. In comparison to them, we’re not that thin.” The witty MC Yoo Hee Yeol than joked, “It’s only because they’re sitting next to me. They’re not that thin,” bringing the audience to laughter.

Additionally, the members of SISTAR chose exercising and not eating late night snacks as their methods for staying in shape. Hyorin also stated, “During our trainee days, we exercised a lot, but after we debuted, we haven’t been able to exercise a lot because we don’t have an allotted time for exercising anymore.”

MC Yoo Hee Yeol also asked the SISTAR members advice in order to change his image. Bora said, “If you want to deck out or become more attractive, dye your hair black. I think that would bring out your facial features more,” and showed interest in actually helping out.

Hearing this, MC Yoo Hee Yeol looked shocked and said, “Is there really that much criticize?” and added, “You guys are having fun, aren’t you?” and brought about a round of laughter.

**Click the blue triangle on the top right of any screencap on Soompi to watch a 3-minute clip!**

Hyolyn
Bora
SISTAR
How does this article make you feel?