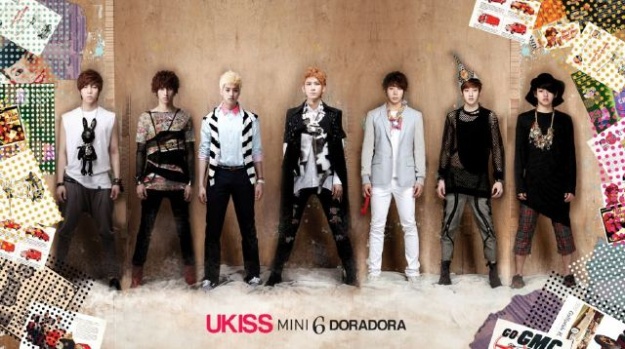 U-Kiss returns with their sixth mini-album, eight months since their last release. The title track is “Doradora,” a funky beat number using dubstep. This powerful dance number was composed by producer Kim Hyung Shik and Brian Kim. Also included in this album is the Korean version of “Tick Tock” as well as pop dance number, “4U,” composed and penned by Park Jae Bum.

Ivy finally returns after two years and six months with a ballad mini-album titled, “Interview.” This album is expected to show the singer’s honesty. The title track is “Torn Heart,” a ballad number which showcases Ivy’s vocals. Also included in the album is pop number, “Firefly” as well as the singer now turned songwriter’s self-composed piece, “Flower.”

Apink has prepared a gift for fans in celebration of their one year anniversary in the music scene. This gift is “April 19th,” a ballad number thanking fans for their endless love and support. This song was composed by Kim Jin Hwan and penned by Apink member, Park Cho Ryong.

01 Is the White House Coming?
02 The Grasshopper Song (HAIHM-REMIX)

Sunny Hill returns to the music scene once more with, “Is the White Horse Coming,” a unique number with interesting beats and style. The song was composed by hit maker, Lee Min Su and penned by Kim Ina. It is of the boogie genre, and the song’s exciting sounds is expected to capture listeners’ interests. Also included in the album is a remix version of their previous single, “The Grasshopper Song.”

This month, Kan Mi Youn and Lee Hyun are the guests of the third part of the “Feeling Project” album. The song is “After Forgetting You,” an emotional ballad number composed and penned by fellow 8eight member, Back Chan. The prominent string accompaniment heard in the song is expected to stir the hearts of many.