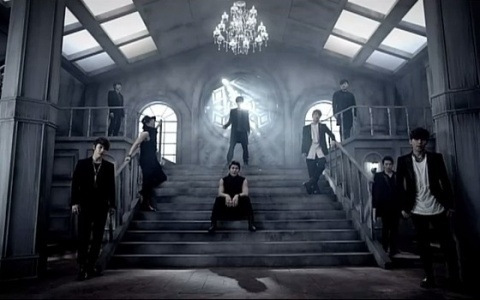 Today, avexnetwork unleashed the short version video for the song that is scheduled for release on May 9. The video shows Super Junior members wearing capes and masks. The concept is some sort of “Phantoms of the Opera”. The single will be released in different covers for each member and it will come in the form of a puzzle.

Meanwhile, currently Super Junior is in the middle of “SUPER SHOW 4” tour. Their next stop is in Jakarta, Indonesia on April 27 and 29, followed by “SUPER SHOW 4” in Tokyo, Japan on May 12 and 13. They already sold out their encore concert in Seoul scheduled by May 26 and 27 in just 2 minutes and 38 seconds!

Enjoy the music video below!