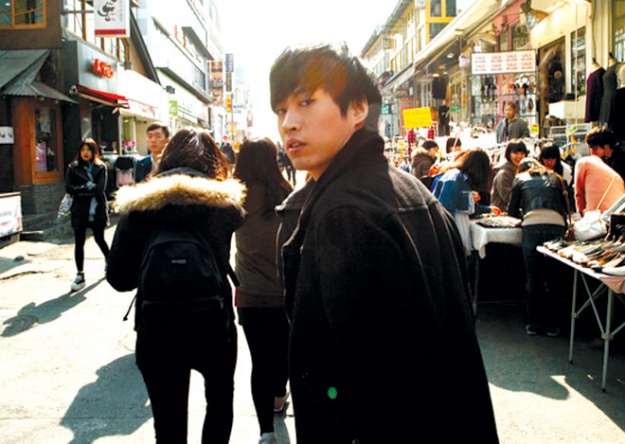 US IT magazine WIRED did a full investigation on the alleged diploma falsification of Tablo in its May issue. In this article titled, “The Stalking of Korean Hip Hop Superstar Daniel Lee,” presents the journey of its author, Joshua Davis, to find out the truth about Tablo’s Bachelor’s and Master’s degree from Stanford University, which Tablo gained only after three and a half years.

The article points out that “Tell the Truth, Tablo,” also known as TaJinYo, continuously and stubbornly accused Tablo “of stealing someone’s identity, dodging the draft, and faking passports, diplomas, and transcripts.” The article states, “Lee’s alleged fraud had become one of Korea’s top news items. Death threats streamed in, and Lee found himself accosted by angry people on the street. Since his face was so recognizable, he became a virtual prisoner in his Seoul apartment. “

After conducting detailed research and investigation, WIRED concluded that Tablo is in fact innocent. The article writes, “He actually did graduate from Stanford in three and a half years with two degrees. His GPA had been in the top 15 percent of his undergraduate class. The evidence marshaled against him was false.” Before coming to such conclusion, Joshua Davis met up with and/or talked to various individuals who’s made accusing comments against Tablo. He also revealed that a Beverly Hills lawyer was payed $10,000 by TaJinYo to fabricate the truth. The article follows Joshua Davis’s journey to the truth in detail, with every names named, adding credibility to his conclusion.

Wrapping up, the article welcomed and praised Tablo’s comeback as a musician with album “Fever’s End.” It describes, “Lee’s debut as a solo artist is a lush, captivating explosion of pain, anger, and defiance and was met with an outpouring of positive notices.” As Joshua Davis wrote, in the end, “It no longer seemed to matter where Lee had gone to school. The music spoke for itself.”

The full article of “The Stalking of Korean Hip Hop Superstar Daniel Lee” can be found in the May issue of WIRED magazine and online.

Fever's End
Tablo
Tajinyo
Wired Magazine
How does this article make you feel?