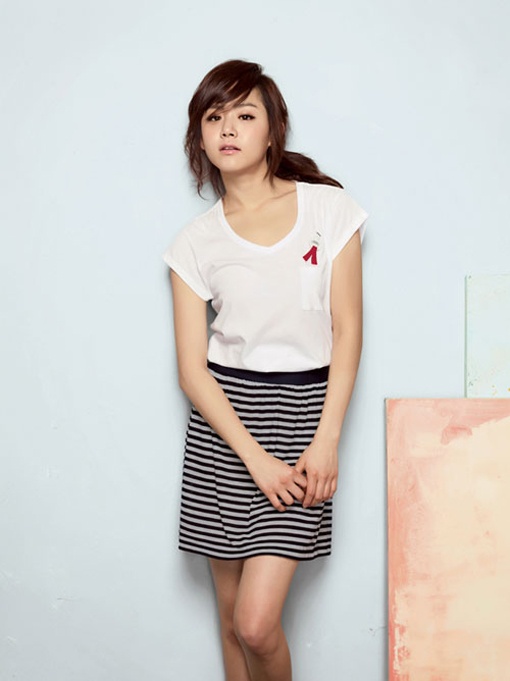 Moon Geun Young’s Growing Beauty over the Past 11 Years

In 2000, Moon Geun Young appeared in KBS “Autumn in My Heart” and played the child role of Song Hye Gyo‘s character. She was in only three episodes, but made such a long lasting impression as a rising star and an actress. In 2003, she played the role of mature girl in KBS “Wife.” In the same year, she appeared in movie “A Tale of Two Sisters” as a helpless younger sister with Im Soo Jung. With the success of “A Tale of Two Sisters,” Moon Geun Young gained the title of “National Little Sister.”

She continued her successful movie career with “My Little Bride” and “Innocent Steps” in 2004. In both movies, Moon Geun Young appealed to male audience with her innocent, pure-hearted charm. The “National Little Sister” transformed into a mature woman in movie “Love Me Not,” proving that she can show more than just being lively and cute on screens.

After two years of hiatus, Moon Geun Young returned to the small screen with “The Painter of the Wind.” She successfully portrayed the emotional struggles of a bright female painter who has pretended to be a man to live in male-dominant world of late Chosun era. In 2010, she made another transformation by playing the mean character in “Cinderella’s Sister.” The depth of Moon Geun Young’s acting made it harder for viewers to hate her character, Eun Jo, even after all wicked acts.

In the past 11 years, Moon Geun Young matured as an actress. From “National Little Sister,” she has made several transformations and transitions. One can easily expect her to continuously mature and improve as an actress, becoming the “National Actress” of Korea in the near future.

Autumn in My Heart
Cinderellaâ€™s Sister
Moon Geun Young
My Little Bride
How does this article make you feel?