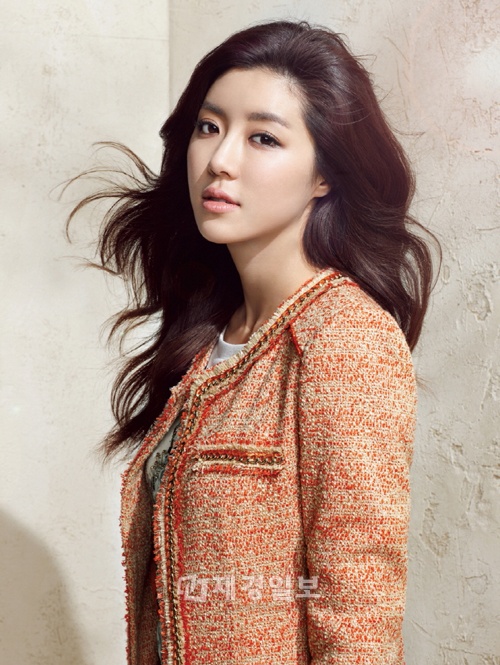 Park Han Byul is a fashion representative icon and “BLU PEPE’s” official model. In the photo shoot pictures, the actress is confidently posing in he modern outfits with natural facial expressions. Although the summer photo shoot had to be shot during the cold weather, the staff noted that Park Han Byul continued smiling brightly throughout the photo shoot while still taking care of the staff.

“BLU PEPE’s” 2012 summer photo shoot was portrayed as a story: a refined woman specially enjoying the summer in nature.

The style also displays a young, yet casual and fashionable look. The vibrant colors and pattern points match well with the upcoming summer while the mixed cloth materials, such as dresses, blouses, and tops emphasizes a feminine charm for the wearer. “BLU PEPE’s” outer wear and jackets can also be stylized with a simple look such as coordinating as an office lady look to sporty look that can be mix matched.

Park Han Byul’s photo shoot pictures can also be viewed on “BLU PEPE’s” homepage and catalog in May.