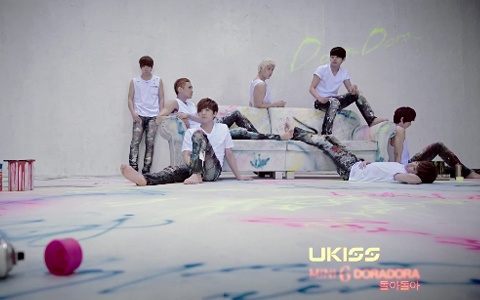 After releasing their teaser last week, U-KISS has now released their full music video for their title track “DORADORA.”

Their sixth mini album, also titled “DORADORA,” was released on April 25. Also included in their album is the Korean version of “Tick Tock” as well as pop dance number, “4U,” composed and penned by Park Jae Bum.

In a recent interview, they talked about their Japanese activies and future plans. They mentioned that making their comeback to Korea is like “a new begining” to them.

U-KISS
DORADORA
How does this article make you feel?