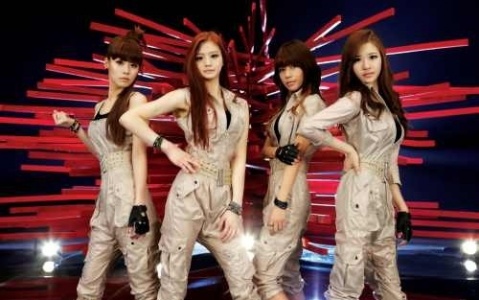 New girl group She’z is drawing attention with powerful showbiz entertainment industry connections even before their official debut. She’z consists of four members Lee Jin Ah, Lee Tae Yeon, Kim Se Yeon, and Kim Ji Young, who all majored in vocal performance at renowned performing arts institutions. They are to release their debut single “As I Please” in May.

She’z has become closely acquainted with numerous MCs and comedians through their agency Line Entertainment. Line Entertainment is the biggest MC agency in Korea and they do management and administrations of entertainers like Ji Suk Jin, Yoon Hyung Bin, Kim Young Chul, Moon Hee Jun and so on. She’z is Line Entertainment’s first big project in album producing as the company has recently expanded their business spectrum.

As the youngest members within Line Entertainment, members of She’z is being adored by their seniors. Comedian Yoon Hyung Bin commented, “When I was playing ‘Wang Bi Ho’ character, I made a lot of mean comments on idol groups and their members, but I have nothing bad to say about these girls.” Comedian Park Hwee Soon is teaching She’z a thing or two about variety entertainment shows as they give him vocal lessons in return. Yang Se Hyung, another comedian at Line Entertainment, commented, “I’m thinking about changing my onstage character from a computer game addict to She’z addict. Fresh young talents like She’z is hard to find within a MC-Comedian agency.”

Line Entertainment states that all four members of She’z is able to sing and perform at the level of the lead vocalist in any other idol groups, which allows She’z to experiment with several different musical genres. Behind their slender and petite stature hides powerful voices. Based on their previous CF and music video careers, many industry officials are expecting them to stand out as multi-talented entertainers.