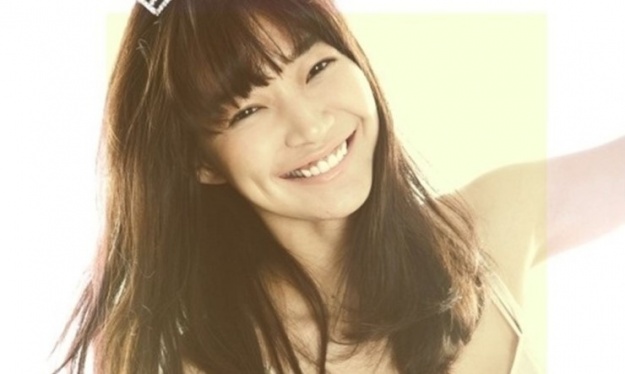 On April 26, Shin Min Ah‘s agency AM Entertainment announced, “Shin Min Ah just became the first Korean actress to be featured in “Vogue US” without any official promotions or movie career in the United States. We just received an email from Vogue’s editor that the May issue has been published the day before yesterday.”

Shin Min Ah is featured in the “It-Girl” column, spanning two full pages. As the “It-Girl” column is a regular feature in Vogue, it is extremely difficult to be featured in this column, especially as a foreign actress without any proper career in the United States. Previously, Jeon Ji Hyun was featured in a pictorial for Vogue US with Chinese actress Li Bingbing to promote film “Snow Flower and the Secret Fan.” However, Shin Min Ah is the first Korean actress to be introduced in the magazine independently.

A source stated, “Since Vogue US is world-renowned fashion magazine, they are very picky about their columns and featured individuals. As a result, they seldom publish a pictorial or story of an Asian entertainer unless they have some pictorial featuring an Asian supermodel. This is a very rare occasion for both Vogue US and Shin Min Ah.” This source added, “Anna Wintour, the editor-in-chief, liked the column, too. She said that Shin Min Ah is very pretty and was very satisfied with the result. Other photographers and officials at Vogue were also very impressed. They said that Shin Min Ah has a great potential to be successful in the United States.”

Shin Min Ah, with her oriental, mystic charm, is bewitching the United States. Previously, she has been featured in “New York Times Magazine” and garnered much attention.

Unfortunately, the “It-Girl” column featuring Shin Min Ah cannot be circulated in Korea due to copyright issues. Shin Min Ah’s representative said, “We have asked for Shin Min Ah’s photos from Vogue, but they told us that their policy does not allow official photos to be circulated outside.”

Shin Min Ah
Snow Flower and the Secret Fan
New York Times Magazine
How does this article make you feel?