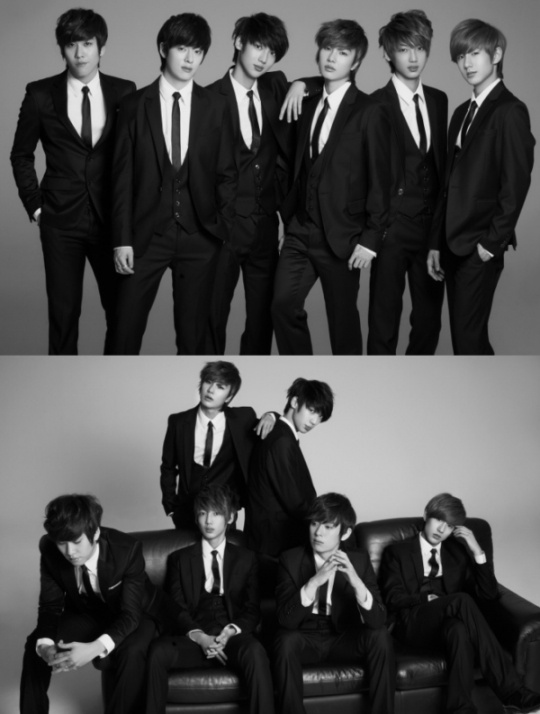 Boyfriend revealed black-and-white pictures online on April 27. In the revealed photos, all members of Boyfriend are dressed in black slim suits, showcasing prudent, dignified, and manly charms. Their still young and boyish faces stand out as they gently stare into the camera, looking more dandy than masculine. The simple black-and-white effect adds character and analogue sentiment to these photos with its unique dark and calm atmosphere.

Fans and netizens commented, “Are they coming back?” “They’ve grown from boys to men while they were gone,” “What are these pictures for?” and “Boyfriend shines the most in pictorials!” As it turns out, these pictures are snapshots of Boyfriend from a cosmetic company’s promotion teaser.

Recently, Boyfriend signed an exclusive contract with one of Japan’s biggest entertainment agency Bing Entertainment and plan on releasing a special limited edition debut album “We Are ‘BOYFRIEND” in Japan. Moreover, they will hold their Japanese debut showcase at the Budokan, that many Japanese artists call the “Dream Stage.”

Boyfriend
We Are BOYFRIEND
How does this article make you feel?